July 2018 will mainly be remembered for the insane heatwave that struck the country. However, we also had some shows across our venues which we won't be forgetting in a hurry, here's a peek at what went down over the hottest month we've ever experienced!

We can’t do the July highlights and NOT talk about the World Cup really, can we? It took over everyone’s lives for a month and brought us joy, tears and so much pride for the England team. England may not have won, but we didn’t let that dampen the celebrations and if you were one of the hundreds of people who gathered at O2 Academy Leeds or O2 Academy Newcastle whose reaction videos went viral, we salute you.

To celebrate the launch of his new album, Beautiful Life, the lovable British singer, Rick Astley, came to O2 Ritz Manchester, where he was met by hordes of fans all ready to dance the night away. Performing much of the new record, as well as some good old classics, the show was full of fun and positive energy, which only amplified when he ended on viral hit, ‘Never Gonna Give You Up’. He even stayed behind to sign everyone’s merch and take photos with fans, what a guy.


On Saturday 7 July, London was adorned in rainbows and glitter for its annual Pride event and the party continued well into the night, with the incredible Sink The Pink taking over O2 Academy Brixton. Transforming the venue with balloons and sparkles galore, it was a dazzling show from start to finish. Dragged up as the Spice Girls, they played every gay anthem you can think of, they crowd surfed and they even welcomed some very special guests, including Sophie Ellis-Bextor, Courtney Act and BBC Radio 1’s Nick Grimshaw. 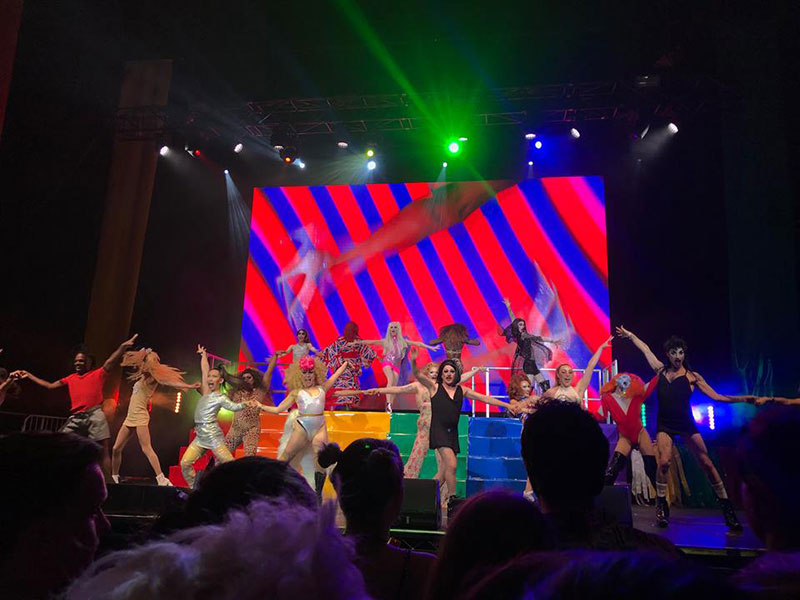 
Performing at O2 Ritz Manchester for the first time in his career, this was one hometown show to remember for Noel Gallagher. Kicking things off with a collection of favourites from across his High Flying Birds records, he then, to the absolute delight of the fans, ended his set with five Oasis songs, which included an almighty sing-a-long to ‘Don’t Look Back In Anger’. Wrapping things off with a stunning rendition of The Beatles’ ‘All You Need Is Love’ (which was dedicated to the best tambourine player in the land, Liam perhaps?) the love was certainly felt in the room and it’s something fans won’t forget in a hurry.


10 years on from the release of their seminal second album, The 59 Sound and three years since they announced they were going on hiatus and The Gaslight Anthem are back, for now. Coming together for one big celebration, they travelled across the country to perform The 59 Sound in full, stopping off at O2 Apollo Manchester on the way. Unsurprisingly the room was packed with diehard fans, who sung every single word at the top of their voices. Not content with just performing the record in full, the band made the most of their return, with a 25-song set, which included fan favourites such as ‘Handwritten’ as well as songs which had never been performed live before. We don’t know if The Gaslight Anthem will be back anytime soon, but this performance will see us through until they do. 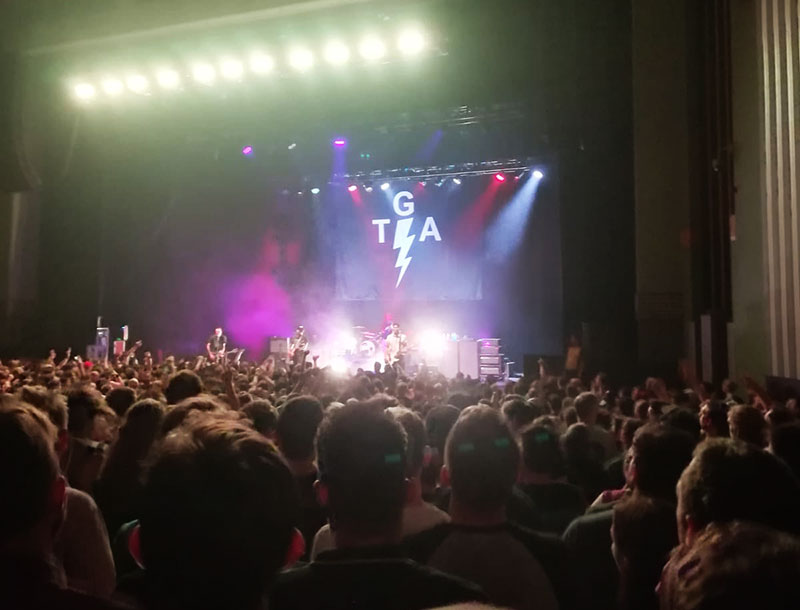 
Legendary alt-rock band, The Breeders managed to sell out their show at O2 Academy Bristol months in advance, so it was safe to say that the room was buzzing with anticipation for their headline performance. The heat may have been intense, but this didn’t affect the band’s 24-song set in the slightest, as they worked through their highly celebrated back catalogue, including some new hits from their first album in 10 years, All Nerve, as well as a sneaky Pixies song for good measure. The crowd may have been sweat-drenched and beer-soaked by the end, but all that proves is that this Breeders show was just as incredible as they were back in the 90s. 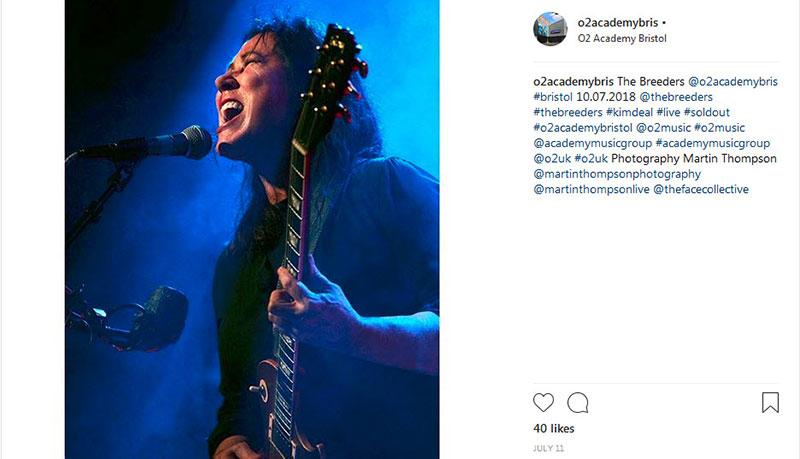 
Fuelled by self-deprecating humour and a penchant for mixing bubblegum choruses with in-your-face buzz, Fidlar’s audience were sweat drenched and beer sodden as they basked in the glory of the band’s familiar simplicity. Working their way through their surprisingly pop-laden gems, the band created an atmosphere that can only be described as euphoric chaos, as shoes were thrown (yes, really) and wild mosh pits occurred at every given opportunity. Perhaps one of the most intense, but most enjoyable performances O2 Forum Kentish Town has ever seen, it’s certainly going to take a little while for everyone to recover.


The charming, quirky and charismatic Mr E and his Eels made a welcome, long overdue return to London this month and for fans, both new and old, the nearly 30-song set did not disappoint. Drawing extensively from their strong, eclectic back catalogue, including the big rock anthems, the creative curveballs and the tender moments, every side of their music was represented in the most magnificent way. To quote Mr E himself, it was a night of, “total badassery!”


Queen of comedy and RuPaul’s Drag Race winner, Bianca Del Rio brought her unique roasting style of humour to O2 Apollo Manchester for two sold out performances this month, and our faces haven’t stopped hurting since. Both nights saw Bianca attend meet & greets with her fans, whilst fellow RuPaul star, Adore Delano appeared as a special guest, as they showed the audience some tough love and outrageous behaviour.

Back in December, the BBC revealed the highly anticipated Sound of 2018 longlist, with Norwegian pop queen, Sigrid taking the crown. Seven months on and they're all doing pretty well for themselves, which you can see more of right here. To celebrate a year of great new music, you can take a listen to all the nominees in this playlist.

With so many huge bands in and out of our doors, it’s easy to forget those bands that are out there, tirelessly working their way up to the top who deserve your attention. This month, we’re putting the spotlight on Americana quartet, The Wandering Hearts.